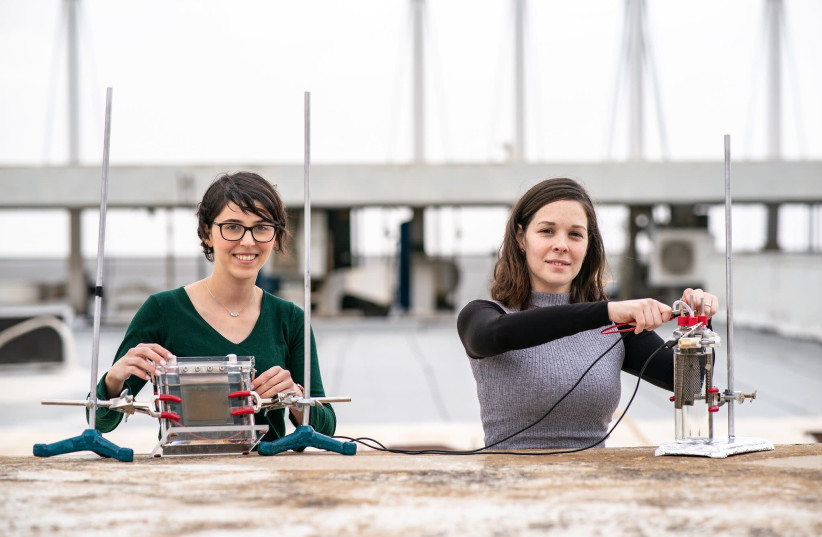 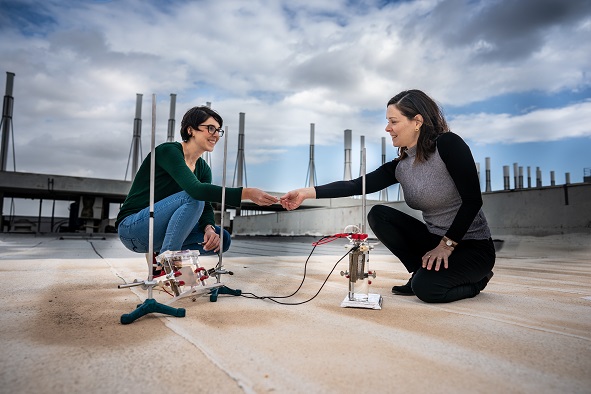 The hydrogen produced by the Technion’s research could replace fossil fuels like coal, oil and natural gas

Researchers at the Technion-Israel Institute of Technology in Haifa have developed an innovative prototype system for the efficient, safe production of hydrogen using only solar energy. The system contains a two-layer solar cell, known as a Tandem cell, “which enables a more efficient use of the light spectrum,” according to the Technion.

This means that “a part of the Sun’s radiation is absorbed into the upper layer of the solar cell, which is made of semi-transparent iron oxide,” the Technion said. “The radiation that is not absorbed in this layer passes through it and is subsequently absorbed by a photovoltaic cell, which is a specialized solar cell that converts the energy of light directly into electricity… Together, the two layers of the system provide the energy needed to deconstruct the water.”

The research was led by doctoral student Avigail Landman and masters student Rawan Halabi. The research was facilitated jointly by Prof. Avner Rothschild of the Technion’s Department of Materials Science and Engineering and Prof. Gideon Grader of the Faculty of Chemical Engineering. Dr. Paula Dias and Prof. Adelio Mendes of the University of Porto in Portugal also contributed to the research.

Being able to split water into hydrogen and oxygen using solar energy “provides a way to produce hydrogen fuel in a clean process that takes only water and solar energy and converts them to clean hydrogen fuel with no other byproducts, except for oxygen,” Rothschild told The Jerusalem Post.

“The oxygen can be released to the atmosphere; there is absolutely no harm in this,” he said, adding that “it can also be used for chemical processes.”

Rothschild said the hydrogen produced by this process could replace fossil fuels such as coal, oil and natural gas. He said this could include heating residential and/or industrial areas, “fueling electric vehicles that run on hydrogen gas and produce water in the exhaust pipeline instead of toxic gases in oil or diesel engines, and producing ammonia that is necessary for fertilizers for food production,” among other uses.

This can be most useful for solar or wind farms that produce plenty of power during peak hours, “but produce nothing at night [solar farms] or when there is no wind [wind farms]… You cannot rely on these power sources to supply the demand, unless you can store excess energy produced during peak production hours and convert it back to power when needed,” he said. “This is the major obstacle for increasing the use of solar farms and wind farms and making these renewable power sources our main source of electricity.” Solar water splitting is also “an attractive way of storing solar energy in clean hydrogen fuel,” Rothschild said.

This technology would give rise to an increased utilization of solar energy that can “replace conventional power stations such as coal or natural-gas power stations and would ultimately enable the transition from fossil-fuel power production to solar power production,” he said. “This would eliminate about a third of man-made CO2 emissions.”

Rothschild warned that one has to keep in mind that even when the technology becomes available, the “investment in building new infrastructure for replacing fossil fuels by hydrogen fuel would be enormous.

“So it will take many years to get there,” he said.

The research outlines a new path for solving one of the most critical challenges in water splitting, which is separating the hydrogen and oxygen gases, Rothschild said.

To make sure they don’t remix, a membrane, or diaphragm, is placed to separate the one electrode from the other, Rothschild said, adding that these separators are expensive, and “the cell assembly becomes very complicated because you need to make sure there are no leaks.”

In solar fields, hydrogen is very difficult to produce in this configuration, which is why this current breakthrough is so important, he said.

The research was published in the journal Joule.