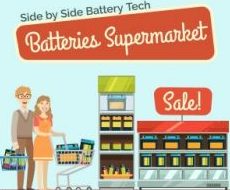 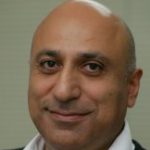 The Future of Li-ion Batteries

Are we headed for a post-Lithium battery era? Not so fast.

Are we headed for a post-Lithium battery era? Not so fast. Lithium battery technology will remain alongside new power storage technologies, say leading experts from Israel and Germany

Lithium-ion (Li-ion) batteries will remain with us for many more years, according to a group of leading experts from Israel and Germany, who discussed the issue at length for three days at a conference in Berlin. The group’s findings were recently published in Advanced Energy Materials in an article led by Professor Yair Ein-Eli, dean of the Technion Faculty of Materials Science and Engineering and partners from the Hebrew University, the Helmholtz Institute in Ulm, and the Jülich Energy Institute in Germany.

Lithium (Li) is the lightest and most active metal in the elemental periodic table. It was first used for power storage with the goal of finding an alternative to fossil fuel in the 1970s, with the development of the first lithium battery at Exxon. Since then, the technology has undergone many changes, including the Li-ion battery developed in 1993, which earned its inventors the 2019 Nobel Prize in Chemistry.

The Li-ion battery is a rechargeable, lightweight battery founded on the flow of Li-ions between the anode and cathode, as opposed to corroding chemical reactions. Li-ion batteries are the basis of our wireless society, they are used in cell phones, laptops, electric cars, and more. However, over the past decade, battery experts have been talking about an imminent “post-lithium” era. In this new article, Israeli-German experts in the field show that the rumors of the death of lithium batteries are premature.

According to Prof. Ein-Eli, “Our article is based on a meeting about batteries with the best experts in the field, which took place in Berlin last year for five days as part of GIBS4 – the German-Israeli school in the field of batteries. Li-ion batteries will remain with us for many more years, however, they will thrive alongside other storage technologies, so we propose to speak in terms of ‘complementary technologies’ and of a multi-technology future as opposed to a post-Lithium future. It is a complex future and so it is important to deliver optimal solutions for different technological needs – such as electric cars, electricity storage at home and at a national level, and so on. “

The meeting in Germany and the publication of the article was supported by German Federal Ministry of Education and Research (BMBF), the Helmholtz Association, the Israeli Ministry of Science and Technology (MOST), the Planning & Budgeting Committee/ISRAEL Council for Higher Education (CHE), and Fuel Choice Initiative (Prime Minister Office of ISRAEL) within the framework of “the 2nd Israel National Research Centre for Electrochemical Propulsion” (INREP 2), and by the Grand Technion Energy Program (GTEP).