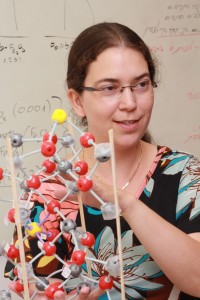 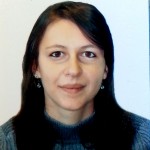 The Secret to Success

The research group led by Asst. Prof. Maytal Caspary Toroker from the Department of Materials Science and Engineering deciphered the reason for the success of doping iron for the best catalyst known today for splitting water. The article published in a respected journal in the field of physical chemistry, called Physical Chemistry Chemical Physics, reveals for the first time why iron is successful for expedited effective oxidation of water. A deeper understanding of the mechanism of splitting water is expected to lead to the development of additional catalysts that can oxidize water and store energy.

Water splitting is a process in which water are broken down into their components, namely hydrogen and oxygen. It is a process that researchers have been trying to optimize in recent years in order to produce hydrogen fuel which is considered a ‘clean’ fuel that does not pollute the environment. Recently, a particularly good material was found that can speed up the process of water oxidation – a substance called nickel oxyhydroxide and its chemical short is called NiOOH. This material is already used in industry for batteries, but it has recently been discovered that when this material is contaminated / doped with iron then the efficiency is greatly enhanced. Since the discovery, many groups around the world have being using this catalyst for the purpose of splitting water, but the mechanism by which iron is effective has never been explained.

The research group of Asst. Prof. Maytal Caspary Toroker is engaged in theoretical-computational methods for characterizing properties of materials and for finding a correlation between the structure and material functionality. Such methods can decipher why the catalyst composition containing iron has a significant effects on the chemical activity of the material. The group found that iron is able to change easily oxidation states when the iron element is in the catalyst, which is key to the success of the chemical process that mainly depends on the ability of a material to change oxidation states during the reaction.

In 2016 the group published 12 articles, which is considered a significant quantitative achievement, of which a significant portion of the articles involve characterization of the catalyst NiOOH. The article recently published in 2017 in Physical Chemistry Chemical Physics was chosen as a cover article and bwill appear on the cover of the next issue of the journal. The article is called “The secret behind the success of doping nickel oxyhydroxide with iron”. The last article was published together with a Master’s degree student, Vicky Fidelsky, registered in the Technion’s energy program.