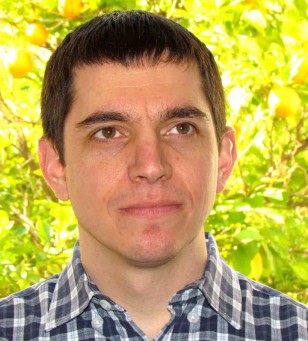 “By tailoring and harnessing the unique electronic properties of functional oxides and integrating them with conventional semiconductors we push electronic devices further and create new opportunities for electronics and renewable energy.”

Assistant Professor Lior Kornblum studies the interface between electronics, materials and physics of oxides and semiconductors. He is interested in integrating functional oxides as various elements in different electronic devices.

The oxides that are at the focus of this research constitute a large family of materials with exotic and sometimes unexpected physics; these materials and their interfaces highlight interesting scientific questions, while providing exciting opportunities for technology. Harnessing these properties towards electronic devices encompasses tremendous potential for new functionalities, ranging from new ideas for catalysis to logic, memory, sensing and opto-electronic devices. In some applications such as power devices, the oxide elements offer possibilities for increasing performance and consequently their energetic efficiency. Furthermore, harnessing these oxides for the advancement of catalysis and photoelectrocatalysis provides potential routes for renewable energy production and making existing processes more energetically-efficient.

Kornblum joined the Technion’s Faculty of Electrical Engineering in January 2016 and is a member of GTEP’s Leaders in Energy Science. He carries out his research with graduate students at the Oxide Electronics Lab, which he heads. The lab houses a state-of-the-art oxide molecular beam epitaxy (MBE) system that enables the growth of thin, epitaxial oxide films on semiconductors such as silicon and germanium. In addition to the core of independent research performed at the lab, these capabilities – the first of their kind in the country – will be leveraged towards various collaborations with academia and industry.