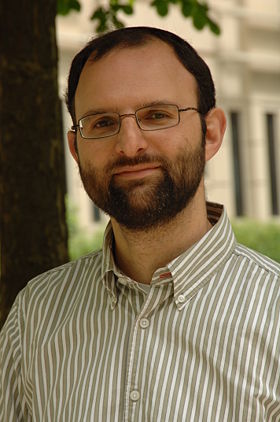 Department of Materials Science and Engineering

Research into thermoelectrics could increase the heat-to-electricity energy conversion efficiency of a car or other energy consuming devices by as much as fifty percent.

From the atom probe through to advanced research involving experimental and computational materials physics, GTEP new recruit Associate Prof. Yaron Amouyal is seeking to take the waste out of conventional energy systems. In 2010 he was attracted to the Technion from Northwestern University. He is now one of a small number of Israeli researchers at the cutting edge of thermoelectric materials and atom-probe tomography (APT). His ambition is to expand the field at Technion with the organization of unique state-of-the-art equipment.

“My intention is to build a new research area at Technion that applies the combination of high resolution characterization techniques with computational physics,” says Amouyal. “The main focus is to make petrol driven cars more efficient. BMW is working on this, as is General Motors. Wherever you have a heat source, you can do it… This application involves covering the hot parts of the engine such as the radiator or catalyser, and capturing the waste heat to convert to electricity.”

Yet the same energy science could also have a significant impact in the world of medicine. Cardiac pacemakers have batteries which wear out, explains Amouyal, and replacing them involves surgery. “Since 2009, there has been a new idea to take a thermoelectric device and – by exploiting the temperature difference between the human body and the surroundings – to capture a small amount of voltage that could be adequate to keep the pacemaker going.”

Amouyal says the Grand Technion Energy Program brings a platform for a great level of interaction between scientists. “As scientists, we don’t always have the last word on global issues,” he says. “My ambition is to reveal something new.”