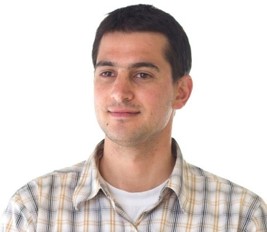 Faculty of Materials Science and Engineering

“By understanding the point at which the best conducting materials (superconductors) and worst (ferroelectronics) begin to gain/lose their conductivity, we can develop novel semiconductor materials that when used with transistor technology, can lead to significantly reduced electricity consumption at cloud data centers and in personal computers for example, as well as in emerging energy technolo¬gies including power generation and transmission systems.”

Associate Prof. Yachin Ivry studies the emergence of collective electron behavior in functional materials at the nanoscale, mainly in superconducting and ferroic systems, and their application in novel energy efficient technologies, ranging from power-efficient computing and memory devices, to radiation sensors and programmable RF filters for wireless communication. He is concerned first and foremost with understanding the fundamental question of how collective interactions emerge in nature – specifically in solid state systems where collective interactions are of electrodes and charged particles. With further insights in the phenomenon regulating how superconductor-to-insulator and ferroelectric-to-paraelectric transitions are made in materials, we can control and implement in improved power saving technologies that could potentially contribute to lower electricity consumption on a global scale.

Ivry joined Technion’s Faculty of Materials Science and Engineering in October 2015 and is a member of the Solid State Institute at the Technion. His cross-disciplinary approach ties into the GTEP model. He carries out his research with graduate students at two laboratories; he grows very thin films (only a few atoms thick) in his lab, process them further to quantum and nano structures at the Russell Barrie Nanotechnology Institute, and uses facilities at the Solid State Institute for surface characterization. Since the start of his academic career Ivry has received numerous academic awards for excellence including the AIA and AJA Prizes for Excellence in Research, the B’nai Brith and Wingate Scholarships, a generous two-year research grant from Nokia, the Chevening Scholarship from the British Foreign Affairs Office and British Council, and others. At the Technion he was selected as a Horev Fellow.