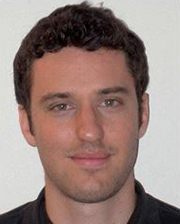 Associate Prof. Mathew Suss’ research work involves the study of transport phenomena in electrochemical systems, with a focus on flow-through porous media, for the development of efficient and cost effective flow batteries for grid-scale energy storage of renewables, and energy efficient water desalination systems – two of the major technological challenges facing us today. He is working on a “membraneless” hydrogen-bromine flow battery prototype for large-scale energy storage applications, as well as a capacitor-based system for water softening and desalination applications.

Suss has recently joined the faculty of Mechanical Engineering at the Technion. He is currently developing his prototypes at a temporary lab until his lab for advanced electrochemical systems will be completed, and has started to build his research team. Over the years has received a number of prestigious awards and scholarships including the Lawrence Scholar Award (2010) from the Lawrence Livermore National Laboratory, the Excellence in Publication Award for two consecutive years (2013 & 2012) by the Physical & Life Sciences Division at Lawrence Livermore National Laboratory, and the Leader in Science and Technology (LIST) award from Technion (2014).